Ken Ibarra, from San Bruno, California, USA was elected to serve a two-year term as international director of Lions Clubs International at the association's 103rd International Convention, June 25 through June 29, 2021.

Director Ibarra has 41 years of experience as a licensed architect and is the owner of Ibarra Associates. Over the course of his career, he has designed more than 400 residential and 60 commercial projects throughout the San Francisco Bay Area.

He has also served for 22 years as a councilman for the City of San Bruno. During his tenure, several housing, transit and redevelopment projects were created in the community. He also served on many regional committees such as the San Mateo County Transit Authority and the Airport Round Table for San Francisco International Airport.

He became a Lion in 1992 as a member of the San Bruno Lions Club. He has held a number of offices with the association including district governor, leadership coordinator, LCIF corrdinator as well as serving many years as a Leo Club advisor. He has been a presenter at three USA/Canada Forums as well as a presenter at the 95th Lions Clubs International Convention in Busan, South Korea. He has also served as a Certified Guiding Lion for four clubs.

In addition to his Lions activities, Director Ibarra remains active in numerous civic and business organizations.

Director Ibarra and Lion Amy Fink, also a Progressive Melvin Jones Fellow, have been togetherfor 22 years and have a blended family of four children and four grandchildren.

The District 39W Midwinter Convention is February 18-19, 2022, and will take place at The Grove Hotel, downtown Boise, Idaho. Our Lions International guest will be International Director Ken Ibarra.

The Friday evening social event will feature a make-your-own taco bar and what we're calling "speed games". You'll have a limited time at each game before time is called and you move to the next game. Spoons, Bunco, Pass the Pigs-some old games and some new..

We want to hear about your club's service from the heart. Put together a visual display of your club's service. It could be a tri-fold board display, a poster on an easel, a table top display, scrapbook, or even a computer side show.. Use your imagination and ask questions if you need help.

Clubs! Please bring a raffle gift or basket. Our raffle raises some extra funds for the convention and everyone loves a chance to win!

We are offering advertising opportunities this year. Promote your business to fellow Lions or ask the places you do business with to sponsor the convention. Sponsor packages start at only $25 and information is available at this link.

Please register early! The hotel will hold the room rate until January 18. We must turn in food numbers several days prior to the convention..

Voting will be by  delegate in person at the convention. Delegates should be determined by the club. Number of delegates allowed is certified by LCI. Candidates for VDG and DG must declare 30 days in advance of the election by sending a letter to the Election Chair, Jim Spanberger.

Megan McCaleb is an Improv Trainer and an award winning author of her autobiography, "Not My Plan-Sucking it in Until I had to Push it Out",
which chronicles her journey of her hidden teenage pregnancy-turned-adoption. She was named 2019's Best Local Comedian by the Boise Weekly and she produces and hosts the podcast, "I Hardly Know Her," which can be streamed on your favorite podcast platform.

Her career background includes a blend of corporate roles in retail banking management and FEMA grant administration all while balancing her passion for stand-up and improv comedy, commercial acting, and coaching business professionals with her"Yes, And" Improv Accelerator.

McCaleb as been teaching improv in the workplace with teams of all sizes, from small businesses to Fortune 500 companies. Her workshops are an energetic and insightful additions to conferences, leadership retreats, team building events, and staff meetings, in person or through video conferencing .

She has been the recipient od such honors as Idaho Business Review's Accomplished Under 40 and Women of the Year recognitions, and serves as the VP of the Board of Directors for A New Beginning Adoptions Agency and is the Director of Communications and Connections for the Idaho Women's Business Center.

MdCaleb enthusiastically serves others through laughter and  optimism, and teaching people how to apply the simple rules of comedy into everyday life. She's driven to create happier, healthier human connections through humor. She resides in Boise with her four young children.

Stay connected with Megan on social media @KookyMegan or at MeganMcCaleb.com. 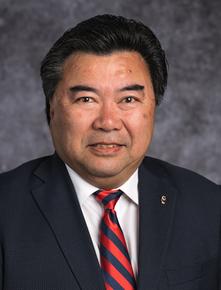 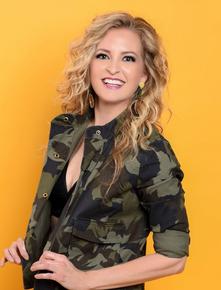